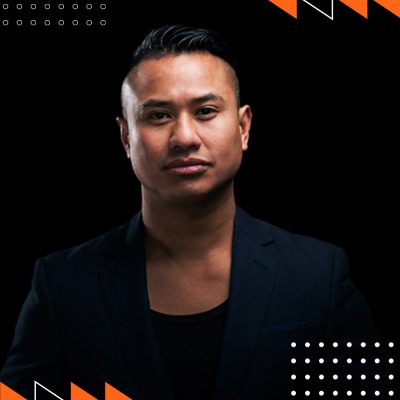 Soulfulness is second nature to yaNto, who is currently taking the club scene by storm with his captivating microphone wizardry. Rising to the top as one of the country’s most versatile vocalists, he is set to bring the art of MC-ing to a musically superior level.

For over a decade, yaNto has been perfecting his vocal chords to become the voice virtuoso that he is today. His first big break came as part of the internationally acclaimed boy band Case Closed, with whom he toured extensively throughout Europe and Asia in the late nineties. Those years on stage as a pop idol taught young yaNto a lot about entertaining the crowd. So when the band’s case was truly closed in 2003 and each went their separate ways, he was determined to further develop himself as a solo vocalist.

Pretty soon yaNto found himself MC-ing at one of the country’s leading club nights. Framebusters at Amsterdam’s renowned Escape Venue was to become the town’s most happening Saturday night pastime thanks to yaNto and DJ Raymundo, who took the night to staggering heights every weekend for over five years. Framebusters and Brainwash later on, is the place where yaNto truly learned the MC-trade, singing for international house pioneers like Roger Sanchez, Kerri Chandler, Ron Carrol, The Shapeshifters, Axwell and Bob Sinclar and hometown heroes like Erick E, Roog, Chocolate Puma, Hardwell, Don Diablo and many more. And it remains one of his favourite microphones to attend.

It wouldn’t take long for the rest of Holland to become thoroughly enchanted by the voice of this new kid in town, and pretty soon yaNto found himself MC-ing all across the Netherlands. He was resident vocalist for events like Sneakerz, Framebusters, Shape, Playground, Latin Lovers, Nope is Dope, Beatlovers and many more. yaNto’s philosophy is simple: “As long as you put your energy into it, you get a lot in return.” Not a hard task for someone who knows how to translate his profound passion for music into any type of vocal enticement. Not only in The Netherlands, but also in countries abroad, such as Belgium, France, Spain, Turkey, Germany, Albania, Servia, Dubai and Cyprus are now added to his work schedule.

Due to his diversity, skilfulness and consistency in rocking anything from the smallest reception to the most massive rave, yaNto has become a favourite with the crowd as well as DJ’s. His MC-ing at mainstages of Extrema Outdoor, Solar Weekend, Dance Valley, Dancetour, Mysteryland, and Summerfestival working with to big international acts like Steve Angello, Axwell, Funkerman, John Dahlbäck, Sidney Samson, Hardwell, Afrojack, Wally Lopez, Sunnery James and Ryan Marciano, Chuckie and Quintino a.o. has marked his advance into the premiere league of Dutch MC’s. He has also put his singer/songwriter-skills to proper use, working with MOTi, Ralvero, Suyano and Udy, you can hear his voice on multiple songs very soon.

To yaNto, this is all just another step towards the ultimate goal: becoming the most legendary vocalist/MC that Holland has ever seen!