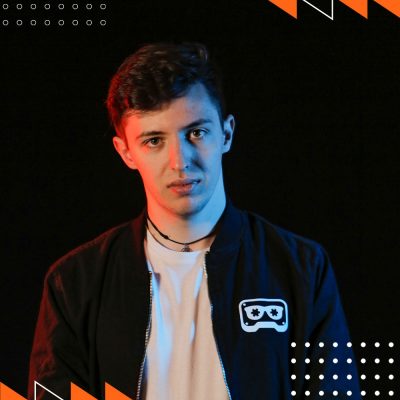 Leading the next generation of French DJ/producers, RetroVision has recently been dominating DJ sets worldwide with his singles ‚Get Up‘ and ‚Get Down‘. The young French house producer, who comes from a small town near Marseille in the South of France, started making a name for himself online a few years ago by teasing some of his releases through Soundcloud and YouTube. Following the support from some key YouTube curators like NoCopyRightSounds, House Nation, MrSuicideSheep, and xKito, he quickly built a strong fanbase. In fact, it was his 2016 release ‚Puzzle‘ on NCS, which has since gathered over 30 million streams online, showcasing his strong online presence. The DJ community started embracing him soon after, especially after releasing tracks likes ‚Waves‘ and ‚Nobody Else‘ on Don Diablo’s HEXAGON imprint in 2017.

It wasn’t until he dropped his single ‚Get Down‘ on Tiësto’s Musical Freedom label that he got his big breakthrough though. ‚Get Down‘ became one of the most played records of 2018 according to 1001Tracklists, getting spins at festivals like Ultra Music Festival Miami, EDC Las Vegas and Tomorrowland by some of the biggest DJs in the world. Following this release, RetroVision returned to HEXAGON, where he dropped ‚Get Up‘ and the following ‚Get Up‘ EP, which gathered comparable support to ‚Get Down‘. RetroVision proved once more that he’s one of the producers DJs look at for weapons in their sets.

Besides his own originals, RetroVision is also a prolific remixer. He’s put his magic touch, or ‚vision‘ as he likes to say himself, on records by chart-topper Jonas Blue, HUGEL and Lucas & Steve, to name but a few. 2019 is set to be an exciting year for the young Frenchman, whose tour schedules sees him flying all over Europe and Asia, playing at some massive festivals this year. In addition, he’s set to drop a new original on HEXAGON in March and that’s just the beginning.