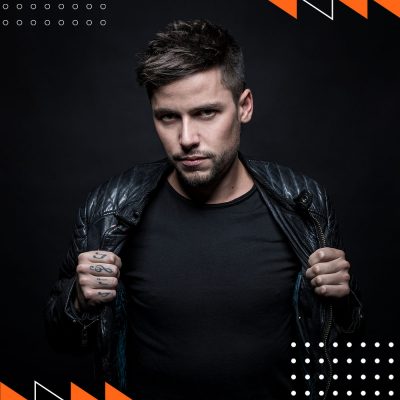 A joke. A crackpot idea. An inspiration. Because it arose from the gag of the erstwhile youth clique around Chris Stritzel – right!

His stage name LE SHUUK. A name, a trademark, a formula for success.

But above all, Le Shuuk is a DJ.

2005 saw the launch of a unique career, which reached its first peak ten years later. Le Shuuk stood on the main stage of the BigCityBeats WORLD CLUB DOME for the first time and electrified the masses with his performance in such an extraordinary way that every year since then he has been a resident DJ in front of tens of thousands of party-people on the impressive main stage of this event series. All over the world!

His musical journey: A trip all around the World.

Frankfurt, the Netherlands, Croatia, Korea, China, India, Taiwan. And in March 2019, his maiden flight in zero gravity – at the BigCityBeats WORLD CLUB DOME zero-gravity parabolic flight: a converted Airbus A310 as a flying disco with 50 VIPs aboard. The ultimate feeling of flying in a spaceship-like shuttle.

World record in the floating state! Because Le Shuuk presents as the first DJ ever a new single there: „Gold Baby“. The first release party of our galaxy at an altitude of 8,500 metres.

Boredom? This guy from Stuttgart will never let it come near you!

Gigs on the Mediterranean, in an ICE or at an altitude of 2,200 meters in the Alps. Shows at ULTRA Europe in Croatia, on the legendary Tomorrowland in Belgium, and, and, and…

And as a producer Le Shuuk is ranked more and more among the global players. No sooner has chart-shooting star Alle Farben commissioned him as a remixer, the track „Fading“ catapulted so far up the Swiss charts that a golden award ensued. Latest work: „RaveHeart“ – a cover of the world-famous classic from the 1990s, which appeared in mid-March 2019 on the label of EDM pioneers Dimitri Vegas & Like Mike – Smash the House.

Have some rest on the laurels of success? That never was, is, and will be the credo of Le Shuuk. New ideas – new successes. For ten years now he has been organising his raft trip „Sierra Party Raft“, whose limited ticket allotment is completely sold out within a few days!

Podcasting? The 31-year-old is also a workaholic there. 1.4 million streams of his „Loud & Proud“ podcast, reaching fans via sunshine live, Big.fm, YouTube, iTunes and Spotify.