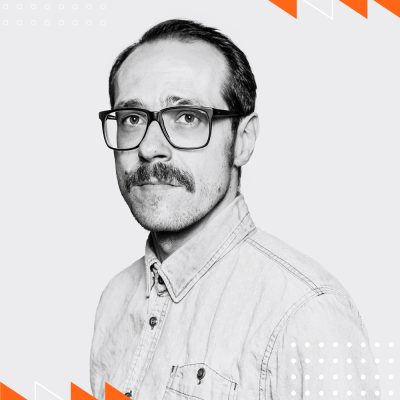 There are few artists operating in the house/techno milieu who offer much beyond functionality in their music.

Those who bring more than this to the table always stand out from the crowd. Hamburg/Berlin duo Kollektiv

Already performing in clubs with their own solo endeavours – Nico as a live act, Christian as a DJ – the pair met

back in 1998 at a party they were both booked for, and immediately struck up a rapport. “There weren‘t many

music nerds in the region” they recall. “It was almost inevitable for us to become friends.” Their musical

bond deepened swiftly through regular record store pilgrimages and late nights in clubs and at festivals.

Swapping music and throwing parties together, they soon made their first joint studio venture in 2000 “without

really heading into a specific direction. It all began in our first shared apartment in a street called

Turmstrasse.” It was their record dealer who proved to be the catalyst for their production career, urging them

2001. “Without him we wouldn‘t be where we are today. He believed in us and enabled us a lot.”

Their cinematic take on 4/4 electronica has won praise from all quarters via releases on Diynamic,

Rebellion’) demonstrated a prowess beyond the realms of the dancefloor, laden with frosty electronic melody,

downtempo rhythm and classy vocals. A busy remix schedule has seen them grace the likes of Cocoon, Get

In 2015 the duo released the incredibly successful and much-anticipated “Sry I’m Late EP” on Diynamic. A

while. The track “Sorry I Am Late” turned out to be one of the most hyped anthems of the summer. Not only is

their productions a human warmth, allowing them to slot effortlessly into both club and home listening

scenarios. “Wide; open; top-heavy; all-consuming; shifted; simple; these are the words we use to describe

our sound. We use both digital and analog. First and foremost we produce music for ourselves. We don‘t

predetermine whether it’s suited for home or club environment.” This lack of contrition serves them well.

Electronic music is an art for them; not a science.