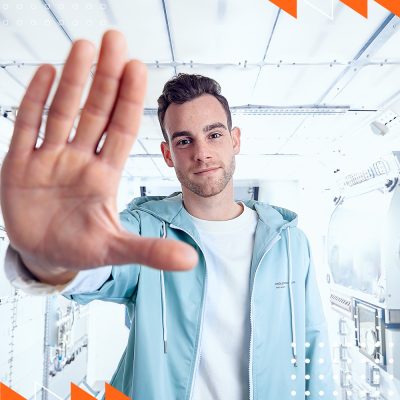 Intro
2019 has been a tremendously successful year for Keanu Silva. In 2020 however, he’s taking it even a step further.

Starting out as a DJ in local clubs, Keanu Silva was Germany’s best-kept secret before his recent releases ‘Fine Day’ and ‘King of My Castle’ put him straight into the limelight. Among his biggest supporters, you’ll find the scenes‘ biggest DJ/producers like Martin Garrix, Don Diablo, Hardwell, Tiesto, David Guetta, Laidback Luke, and many others. Adding up all particles, it’s safe to say 27-year-old Silva is skyrocketing and he is not about to come down!

Music & Style
The last 12 months have brought along many milestones for Keanu Silva, setting the tone for his growing momentum on a global scale.

Keanu Silva teamed up with Don Diablo and Hexagon, sampling the iconic dance classic “King Of My Castle” by Wamdue Project. The song would turn out to be an instant dance floor and daytime radio smash. With A-playlists in France, Germany, Netherlands, Austria, Poland and Russia, Keanu Silva would rule the airwaves for months to come, resulting in some serious chart positions. Being the second most played tune by DJ’s and also being one of the top100 producers of 2019 according to 1001tracklists easily shows the hype surrounding Keanu and his tracks on dance floors worldwide.

Coming up for 27-year-old Silva, are some huge singles and collaborations. Keep an eye out on this guy, because at this moment in time, he’s only going up and not about to come down.

The origins
All DJ/producers remember the exact moment they first get infected with the dance virus. For Julien, this moment came when he saw a local DJ showing off his skills in a club. After getting pulled on stage by that exact DJ (who also placed a mic in his hand), Silva’s baptism was complete: music would become his number one priority in life. At the time tracks like ‚Infinity‘ (Guru Josh Project) and ‚Where’s Your Head At?‘ (Basement Jaxx) be the soundtrack that further deepened Silva’s interest in the industry.

Before mastering the art of music production, Keanu played as a resident DJ in many German clubs where he learned to interact with the crowd and started to develop a unique stage presence. One night, when idols Laidback Luke and Tujamo played the main area (Silva in the second), he saw Luke work his magic behind the decks. Impressed by his skills, Silva knew that he needed to dive into music production if he’d ever wanted to make it that big. Countless hours spent in the studio followed to master his signature sound that was powerful enough to create bombshell tracks.

When he felt comfortable enough to come out with a track, he hit a straight bulls-eye with ‘Pump Up The Jam’ (Spinnin’ Records) and the rest is history.

Now, with an authentic and mysterious future house meets progressive sound, Silva is aiming to contend at the highest level in the dance industry. Receiving huge support from influential colleagues, dropping slick productions after another with a mellifluous signature sound, Keanu Silva is rising from the masses like a lightning bolt!