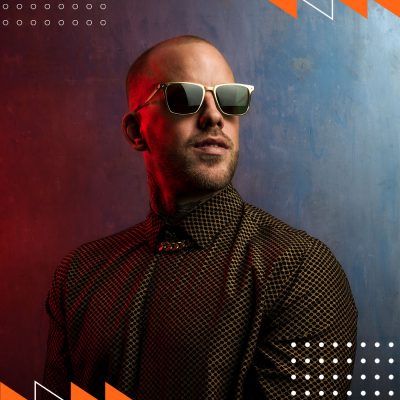 Iconic, unique, bold and raw are just a couple of words that begin to describe the Dutch sensation Jebroer. Fuelled by passion and determination, Tim Kimman, aka Jebroer, has been making waves in the Rap and Electronic Dance movements since the release of his debut back in 2012. Radically soaring to claim his position at the forefront of the modern industry, Jebroer has not only scored several knockout hits that have dominated the charts, but he’s also performed at the most iconic music festivals and boasts an ever-growing fan-base.

Jebroer has worked alongside renowned acts such as Boaz van de Beatz, Mr Polska, Ronnie Flex, Yellow Claw, Paul Elstak and many more. Some of his most famed productions include his 2014 hit collaboration with Dirtcaps “Miljoenen,” “Duizend Nachten” with Feest DJ Ruud and of course, “Banaan,” which was dubbed one of the biggest musical successes of 2014 and is still played at almost every festival in The Netherlands and Belgium.

Jebroer has been admired for his sensational mega-hit “Kind van de Duivel,” created alongside Hard Dance legend Paul Elstak and Dr Phunk, which received over 27 million YouTube views, stood at the #1 on the iTunes Top 10 (Belgium) and also claimed ‘Triple Platinum’ status. The follow-up track “Engeltje” was a fantastic successor, which also claimed Platinum status and has reached over 21 million YouTube plays.

More of Jebroers recent exploits include “Vaderland” with Outsiders and The Darkraver, “Marathon” with Anita Doth from 2Unlimited, “Hatsikidee” with Outsiders and, who could forget about “Me Gabber,” the infamous collaboration he did with Germany’s most successful Dance act Scooter and Rät ‚N FrikK. In 2018, Jebroer also released the uplifting, special track “Malu,” which was created alongside Gers Pardoel and dedicated to his sister-in-law who has Down Syndrome.

Closing down another successful year, Jebroer is ready to roll into 2019 with full-force! Currently working on some fresh tunes for his new album, you can expect nothing less than diversity and epic new beats from Jebroer!