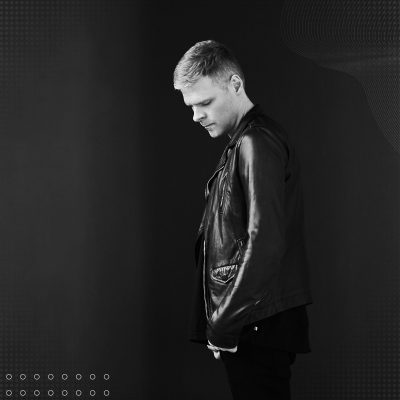 In the trend-driven universe of electronic dance music, Gregor Tresher is the rare artist who transcends such cycles. His

secret? A relentless focus on melody and timbre, timeless musical elements that other producers often undervalue. Just as a

painting or a photograph appears to move if one stares at it long enough, close listening to the stratified grooves and melodies

in Tresher‘s music reveals an organic universe of shifting sound.

„Melody always allows you to bring something new to the music,“ opines the producer. „It is where you can create something

real and different, whereas the beat… well, either a record grooves or it doesn‘t.“ Tresher‘s approach to writing music

patterns, unfolding to reveal their secrets as you listen.

Gregor Tresher began his career as a DJ in Frankfurt in the early ‚90s; today, he can be found plying that trade at venues

around the world, from Berlin to Tokyo, from Sydney to Los Angeles. Following two critically-acclaimed albums credited

to his Sniper Mode alias, Tresher broke through as a producer under his real name via his 2005 releases Still and Neon. His

launched his own eclectic imprint ”Break New Soil“ in 2009 on which his studio albums The Life Wire (2009), Lights From

Garnier and Extrawelt amongst many others.