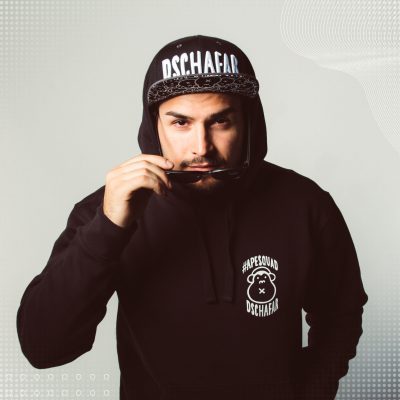 The craziest ape in town is perfectly combining madness and energy. He established himself in the scene with his bassheavy house and trap music.With his #Apesquad always by his side, he’s gaining more and more attention. He is frequently releasing Music. His latest official appearance on Armada is a proof of his quality. With his biweekly #Apesquad Radioshow he represents his sound and gets regularly radio support from BigFm. All this lead to festival performances like World Club Dome, Glamotion Festival or to the best Clubs in Germany like Naava , Bootshaus, even to Las Vegas Poolpartys, where he played next to artists like Chuckie , Yves V, Oliver Heldens & Moti.